Once upon a time Lady Jezia came to Dee, looking for her roots, she said, claiming that her family were from the Isle long ago.

But it was only when the land was beset by a plague that the nature of that link became clear.  The plague was caused by fishes that rained from the sky following a season of tornadoes, and it was thought by many that that was due to a goblin plot.  However, an old recipe was found for a cure for the plague, and in the absence of any herbalist or healer, the Lady Jezia undertook to mix the potion described. But when it came to the last ingredient, it was thought all was lost, for the breath of a Unicorn was asked for, and no Unicorn was to be found.

Undaunted, Jezia took the mixture, stood before the statue of King Alberic, then in a prayer of sorts called upon her ancestors, including that king, whom she addressed as ‘grandfather’, to ‘give her the magic to deal with the mischief of goblins’.  The procedure was closely observed by the Wild Elven Queen that for centuries lived at the Isle. Some who were standing close say that as she spoke with the ancient spirits, the air of the isle changed, becoming fresher; some felt vibrations through the earth.  Then the lady declared the cure finished, the magic of the Isle itself working in it where the magic of Unicorn breath was absent.  And indeed, many were cured that day.

It was after that that Jezia told the story of the land at a bardic circle, and all could see that the tale from her childhood fitted with all they knew of the Isle.  But then, when asked for proof, she discovered that the piece of Alberic’s crown which had been in her family for generations, had been stolen from her room.

During the search that ensued for the fragment of crown belonging to the lady, locked doors were discovered, and a search for a key to open them began. Every key to every door in Dee was tried, it seemed, but ultimately an old rusty key was found in the river, quite visible and obvious.

That key unlocked the doors, and tunnels were discovered under the land, assumed to be the tunnels used by the “drow” wizard who was both magician and advisor to the Kings of Dee long ago.  It is supposed that when the kings were gone, and the magic was no longer of interest to him, he locked up the tunnels and threw the key into the sea.  Though that Wizard  is still sometimes seen in the land, he did not deign to come forward and make any comment upon it.  It is remarkable though that the currents and weather around the Isle should have caused the key to wash up at that very time, for within those tunnels the second half of the crown was found, the very same day that Jezia’s half was recovered from among the belongings of a gypsy.

Many took this as a sign that the Isle was ready once more for a sovereign to rule.

Another remarkable event is said to have taken place just a little later. One of the dragons of the Isle had lost the ability to fly. He had been in this state for some time, and blamed the weather. During conversation with some others, including the Lady Jezia, one of his dragon kin suggested that the touch of someone of royal blood might cure him.  So its said that Lady Jezia laid her hands upon him, and he was indeed cured, and took to the sky immediately.

Thus the Lady Jezia showed herself to be of the royal blood, possessor of half of the crown of Dee, which fate or destiny, or the magic of Dee itself, chose at that very time to reunite with the other part.  The land itself appeared like  responding to her in a remarkable way in the cure of so many in the plague.  And at a time of trouble brewing and criminal elements running amok, and suspicion and hostility between wylds and humans, the Elders decided to ask her to take the crown and give the Isle a mortal Queen once more.

Only one more step was required by the lady, cautious as she was, and knowing the tale that told of how the land was nevermore to be ruled by a single race.

The drow wizard from the stories of old was consulted, and he in turn consulted with the Wild Elf Queen living at the Isle and with powers who watch the Isle from afar, mindful of the dangers should the magic come into the wrong hands.  Only when they had given their assent did she agree to take the crown and serve the Isle as her family once did.

Perhaps it is notable that it was after the watchers allowed a human queen to rule upon the Isle, a Queen with no magic and no dream of claiming ever more power, that a concealing mist began to close in to protect the Isle from the world – or perhaps the world from the magic of the Isle.

Maybe it is notable as well that the Wizard asked the Wild Elven Queen to watch over and protect the mortal Queen.

Sadly her reign lasted not long. The hostilities and suspicions between the wylds and the human-kin deepened, to an extend that the wylds consulted the mer clan living in the waters of Dee for alliance. Beasts that haunted the Isle at that time been kept at bay by the wylds , the human citizens struggling to keep peace maintain safety.

During that time the wild elven queen has been seen more than usual inside the city walls, some say to care for the wildlife and domesticated animals there, others say to do horrible things like poisoning the waters and putting spells on humans. Nightmares being blamed on her doings, torture and worse.

However, Queen Jezia fell into a state of deepest slumber, dressed in a gown made of fine Byzantine silk, laced with silver threads, and embellished with gold, holding a rose in her hands folded across her chest.

Nobody knows exactly what happened then or why – some say she died, some say she got killed, some say she still sleeps and others say it all was a trick so she could leave to marry into other responsibilities. What is known without a doubt is that the Minister, and said secret lover of her, came secretly in the middle of the night and shipped her away from the isle, along with objects of value, like arts and other goods and gold. It is said he left the City of Dee in the care of an Alderman.

The city since lays abandoned. The few remaining citizens loyal to the house of Alberic struggle for existence.  The Rogues enjoy growing numbers, wealth and influence at the Isle, and the village starts to flourish while the town slowly and visibly falls apart.

Perhaps it is notable that a simple carpenter saved the villagers from starvation.  Perhaps it should not stay unmentioned that the Wylds Cora claimed the City back and intends to grow the forest over it around the same time as a watcher of the Isle of Dee appeared to the alderman and his handful of followers. It is said that the watcher took hold of the crown, breaking it in two, to repeat the warning to the human audience, that never will one race or one people have the mastery of the magic of this isle and that the watchers are not pleased with what they have seen.  And that until one of noble character, honest, caring and a servant to the masses is shown to them, the crown will not become whole.

More on the history of Dee can be read here. 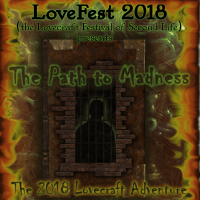 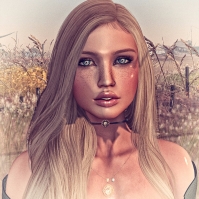